The History and Style of SHOTOKAN Karate 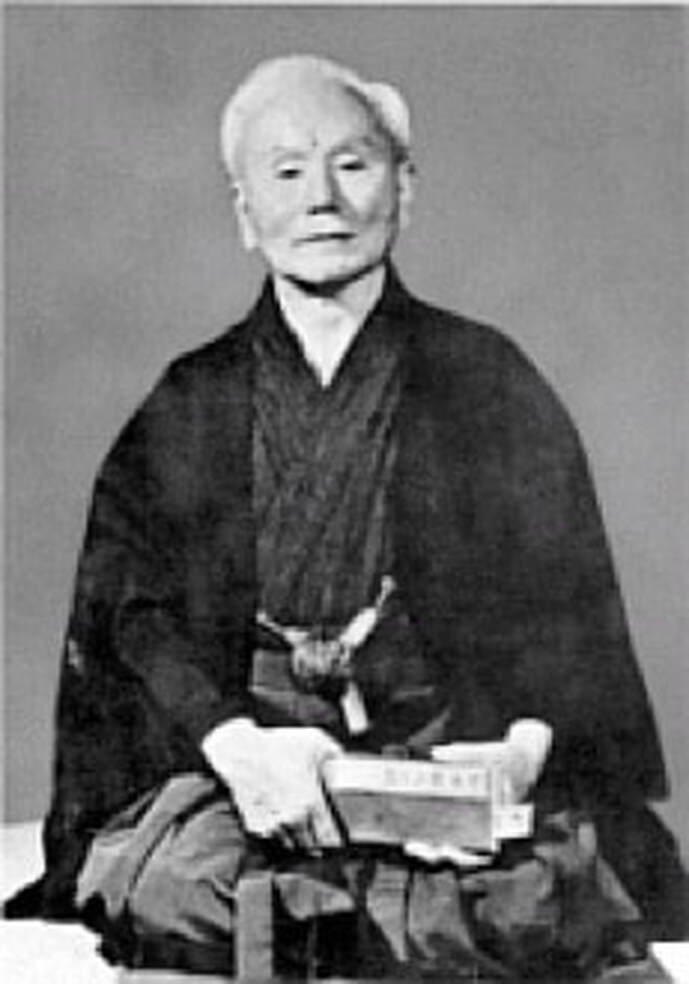 Gichin Funakoshi Father of modern Karate and founder of SHOTOKAN
How Gichin Funakoshi exposed the masses to this form.
The history of the martial arts style Shotokan karate begins with Gichin Funakoshi, a man who not only started the form but also helped to popularize karate in general. More recently, a UFC fighter by the name of Lyoto Machida has done quite a bit to bring the art of Shotokan to the forefront as well.

Let's put it this way: Machida knows how to strike with devastating force before anyone realizes he's planning to do so. In a nutshell, that's what Shotokan karate looks like in battle.

Early History of Shotokan Gichin Funakoshi was born circa 1868 in Shuri, Okinawa, Japan. While in elementary school, he became friends with the son of martial artist Anko Asato and started karate training with Asato. Later, Funakoshi would train under Shorin-ryu master Anko Itosu.

Interestingly, Funakoshi never named the fighting style that he refined from Itosu and Asato's teachings. He simply used the general term "karate" to describe it. But when he started a dojo in 1936, his pen name of shoto(meaning pine waves) was used along with the term kan (house) by his students in the sign above the entrance, which said Shotokan.

Legacy of the Funakoshis
Beyond creating the foundation of Shotokan, Funakoshi served as an ambassador of karate, eventually helping to popularize it through public demonstrations and by working to bring it to karate clubs and universities. He's best known for outlining the philosophical points of the style, which is known as the Twenty Precepts of Karate, or Niju kun.
Funakoshi's third son, Yoshitaka, later refined the art tremendously. By changing several aspects (such as lowering stances and adding more high kicks) Yoshitaka helped to separate Shotokan from the other Okinawan styles.

Goals of Shotokan Karate
Many of the goals of Shotokan can be found in Niju kun. Precept No. 12 states. "Do not think of winning. Think, rather, of not losing." This is an idea one could imagine another martial arts master, Helio Gracie, touting. Additionally, in "Karate-do: My Way of Life," Gichin Funakoshi remarks, "The ultimate aim of karate lies not in victory or defeat, but in the perfection of the character of the participant."
In combat, Shotokan is a striking style that emphasizes stopping an opponent with powerful kicks or punches quickly and without injury.

Shotokan Characteristics
In a nutshell, Shotokan teaches practitioners self-defense through a series of KIHON (basics), KATA (forms) and KUMITE (sparring). Shotokan is known as a hard martial arts style (rather than soft) because it emphasizes strikes, long stances and sparring techniques. Higher belts also learn some grappling and jiu-jitsu style techniques.

Famous Practitioners
In addition to Gichin Funakoshi and his third son, Yoshitaka Funakoshi, famous Shotokan karate practitioners include Yoshizo Machida, a master in the discipline and the father of UFC FIGHTER Lyoto Machida. Lyoto has shown the world just how effective Shotokan can be by winning the Ultimate Fighting Championship. 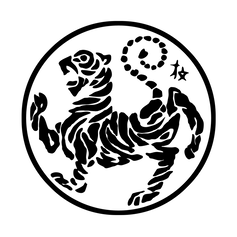 MORE HISTORY of SHOTOKAN:
Widely considered as the father of modern karate, Gichin Funakoshi was primarily responsible in introducing the Okinawan art of karate, to mainland Japan. From there, this fascinating and engaging art spread like wildfire throughout the world.

Master Funakoshi  was born in 1868. He began his karate training at the age of 11, and was a student of two of the most well known masters of the time. Due to his diligence, he grew proficient in almost all of the major styles of karate in Okinawa.
Although used for extreme self-defense, the word "Karate" Learn more meant a deeper and more extensive understanding to Funakoshi. To train in Karate, meant to train in the spirit of the empty hand, peace, friendship, and the inner beauty that it entails.

In 1916 he was invited to give a demonstration of the art of Karate at the Butokuden in Kyoto, Japan, which at that time was the center of all Japanese martial arts. However it wasn't until 1921, during a visit to Okinawa by the Crown Prince (who later became the Emperor of Japan), that karate made its impression on the young prince and upper echelon of the Japanese society. So successful was this demonstration, that in the early parts of 1922 Master Funakoshi was invited to Tokyo to present his art at the First National Athletic Exhibition in Tokyo. Consequently, he was persuaded to stay on the mainland, and instruct the art of karate.

Funakoshi sensei taught only one method, a total discipline, which represented a synthesis of Okinawan karate styles. This method became known as Shotokan, literally the house of Shoto, which was the Master's pen name for his poetry, meaning the sound of the wind blowing through pines. During the later years, Master Funakoshi attempted to bring in to his teachings, some of the more rudimentary movements and techniques of Naha-te, best exemplified in the style of Goju-ryu, literally meaning the hard and the soft way. Alas, time was too short and the changes did not take place.
GET MORE INFORMATION 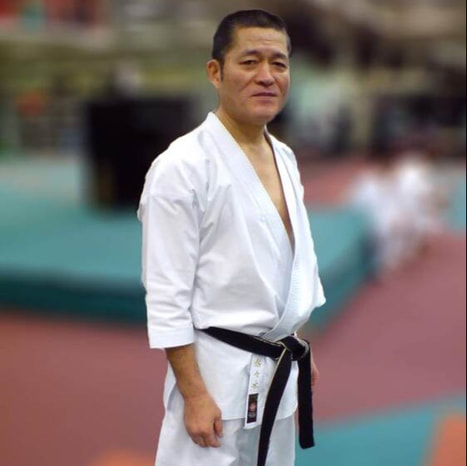 Master Toshiatsu Sasaki 8th Dan - JKMO
Shotokan karate the most widely practiced form of karate in the world today, and one of the most traditional.
It puts heavy focus on KIHON (basic techniques), KATA (forms) and KUMITE (sparring) to develop a range of powerful and dynamic techniques.
In its root, Shotokan is a quick and powerful style. It tends to absorb the energy of the opponent, and ruthlessly counter-attack from an angled position.

Practitioners of Shotokan are well known for their strong legs, due to the extensive training in low and powerful stances, as well as their strong and fast hands and kicks. they also have great flexibility and variety in the arsenal of techniques that they have acquired, and the methodology by which they implement them.

​In contrast to their physical ferocity, Shotokan practitioners are examples of correct and proper etiquette, and behavior. Following the five main precepts of karate training set by Master Funakoshi, in his Dojo Kun or the basic code of conduct.

As followers of Shotokan Karate methodology, Claycomb Academy of Martial Arts is proud to uphold the highest level of integrity and professionalism, as taught by Master Funakoshi, and our Chief Instructor, Shihan Toshiatsu Sasaki. We wish to exemplify and follow as closely as humanly possible, those ideals that makes Shotokan karate, one of the most popular styles of Japanese/Okinawan Karate in the world.